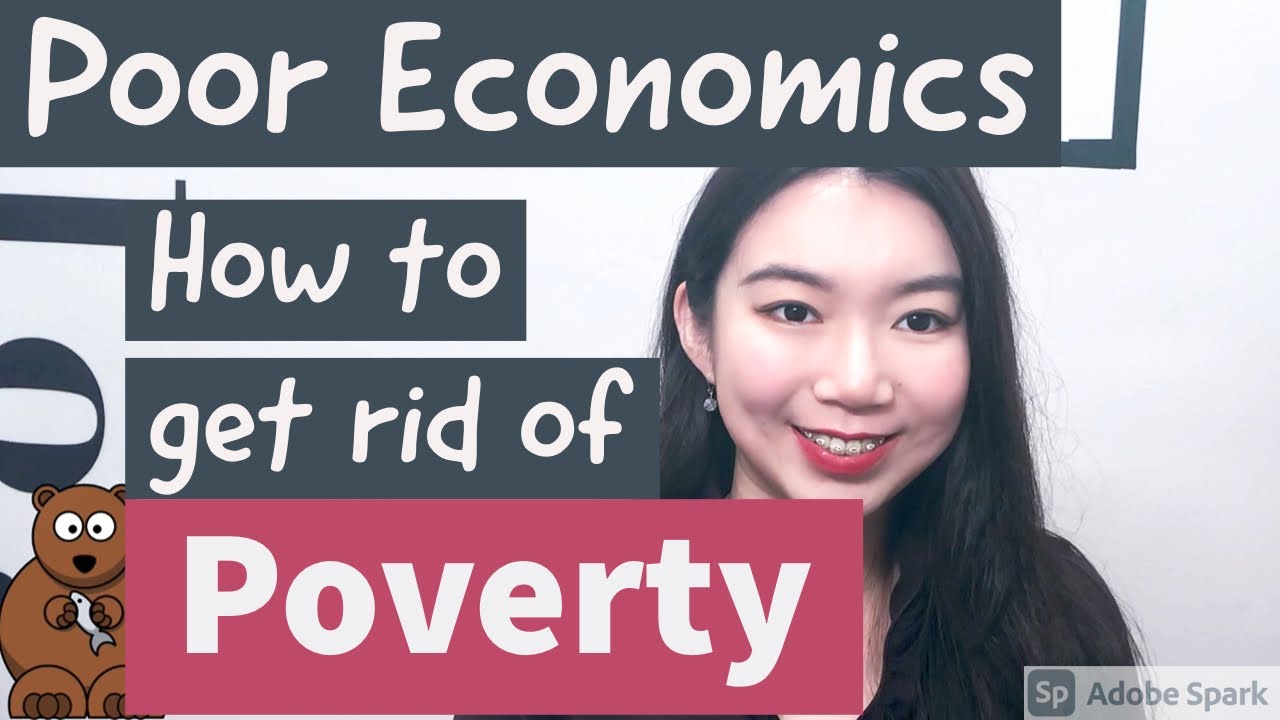 This video introduces you to a book called “Poor Economics” developed by the noble prize winner 2019. The couple spent 20 years traveling to 5 continents and 18 countries; go deep into the poorest corners and study the poor.

First of all, the author stated that the absolute lack of food does not actually exist. It is not starvation causing people’s poverty We all think that the poor spend all their money on food. The actual situation is not like this. Almost all poor people have enough food. And their expenditure on food is usually 40 -70% instead of 80%-90%.
They found when the poor are getting aid or have more money to buy food, they will choose those with higher sugar content, and ones that taste better and more expensive to get comfort instead of beating hunger.

Another example, the author visits a Moroccan villager Although his life is not rich; he will still try to save money for a long time. He further lowered the standard of living to buy a TV and telephone. Since he really needs their life to be less boring.

So, as we see the starvation is not the biggest issue, what do you think why is poverty exist, does that mean it is due to lack of self-discipline or laziness, lack of control. Perhaps not.

B. The poverty trap
A poverty trap is a mechanism that makes it very difficult for a certain group of people to escape poverty.

How to help people escape the poverty trap become a crucial topic.
It looks simple that we can put the people anywhere outside the trap. But for a person climbing up the ladder from under to over, that need a lot of resilience, hard work, and you need also be lucky enough, for example, you need to be healthy since you cannot afford the hospital or the consequence of absence to achieve the goal.
When the income is pretty low, people tried to survive by working super hard, do an extreme budget, they work for several temporary jobs, which is difficult for them to accumulate experience or for development. The poor are also facing more risks and stress that they’re likely to compensate themselves such as watching TV or eat junk food. And all of these may lead to a downward spiral.

But, does that mean the poor are doomed to be poor. Not really. What can they do and learn from this process?

C. The discussions and Solutions:

There are several perspectives that we start to seek solutions. Healthcare, education.

One of the big topics is the stop of infectious diseases.

Other examples, the vaccine, mosquito net, and dietary supplement, generally people do not believe them that much, they do not believe in preventions but rely on antibiotics and injections.
But those are all small costs that drag the enormous effect in the future. For the government, it will help if putting in more education and advertising to those methods, regulations, and financial stimulus when people take the service.

The poor would spend more money to buy a wedding, dowry, or funeral. This kind of unwise spending lead the future lives of these families will be poorer.

It is not only the poverty trap but also cognitive limitations, knowledge, and habits keeping them struggling.

Another big topic is education, the statistics show once the average education level increased by one year, the country’s GDP will increase by 30%.

the author researched a couple of ways how financial stimulus can help maintain participation, and found healthcare and parent education are the most effective ways. So that we can spend the money more wisely and effectively.

The cause of poverty cannot be explained by a single word of laziness. Instead of doing financial aid, we also need to think twice about how to do the aid more effectively.

For people who are trying to improve the situation. The journey of improvement always needs more preservation and resilience. 1. To invest, money, health, education, the investment could be relatively small today but will help you get much more benefit in the future. 2. information, gathering more updated information, having great common sense, and even moving to a better environment will be great for development.

Personal Finance Books You should read & experts to follow – PART 1

EVERY BOOK I READ IN JANUARY | January 2023 wrap up (horror, thriller, mystery)