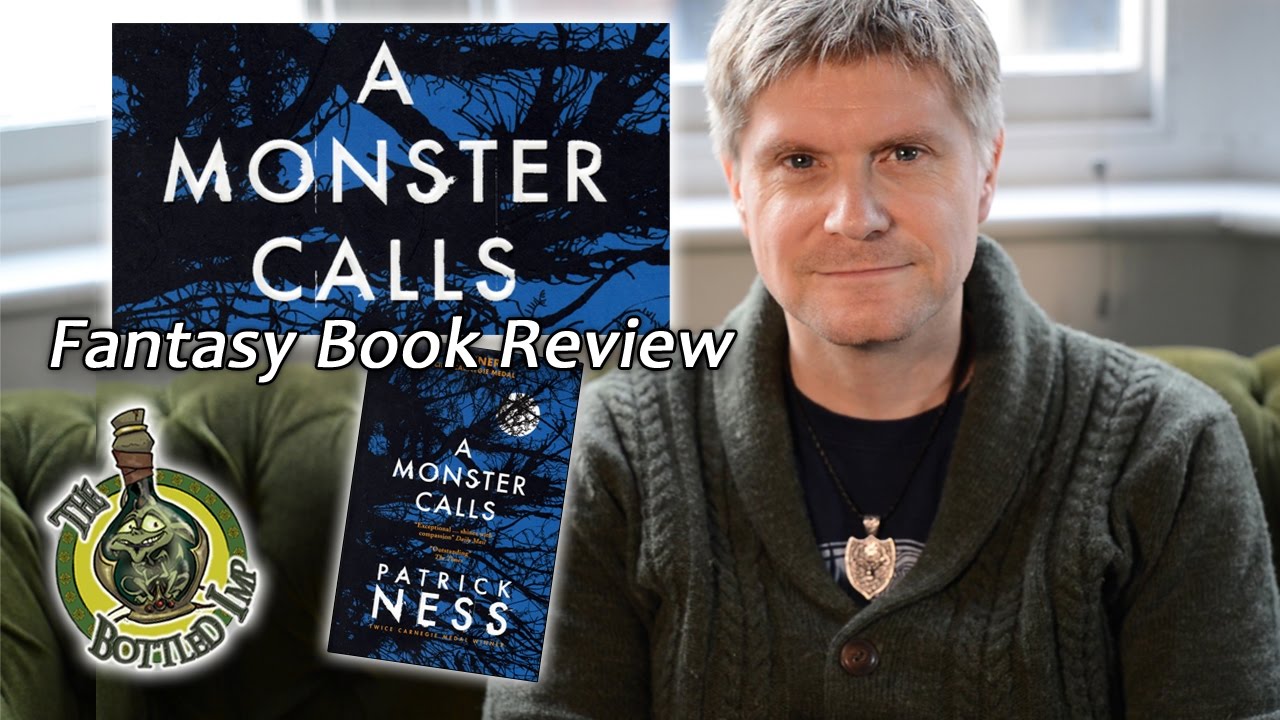 The Bottled Imp – Episode 102
The Bottled Imp quivers in fear as we hear A Monster Calls written by Patrick Ness from an original idea by Siobhan Dowd. Cover illustration by Jim Kay, first published in 2011 by Walker Books.

A boy named Conor is struggling to cope with the consequences of his mother’s terminal cancer. One night he is visited by a tree monster that says Conor has called him. Conor can’t think why he’d want to do such a thing. After all, monsters are scary, aren’t they?

Over time, the tree monster returns on several occasions to tell Conor some stories. Stories that will impact his life in ways he didn’t expect.

At the core of this book is an immensely tragic story. Terminal cancer isn’t normally the topic found within the fantasy genre but in A Monster Calls it is the heart and soul of the meaning. The story idea came from award-winning author Siobhan Dowd, who, at the time of creating the story, was suffering from terminal cancer herself. Sadly she passed away before she could actually write the book. With this knowledge, reading the book takes on an even more profound feeling. Without this knowledge, the book is truly profound anyway.

MOST ANTICIPATED ROMANCE BOOKS OF 2021!

Horror Book Review: It Calls From the Forest

If It Bleeds by Stephen King | Horror Book Review