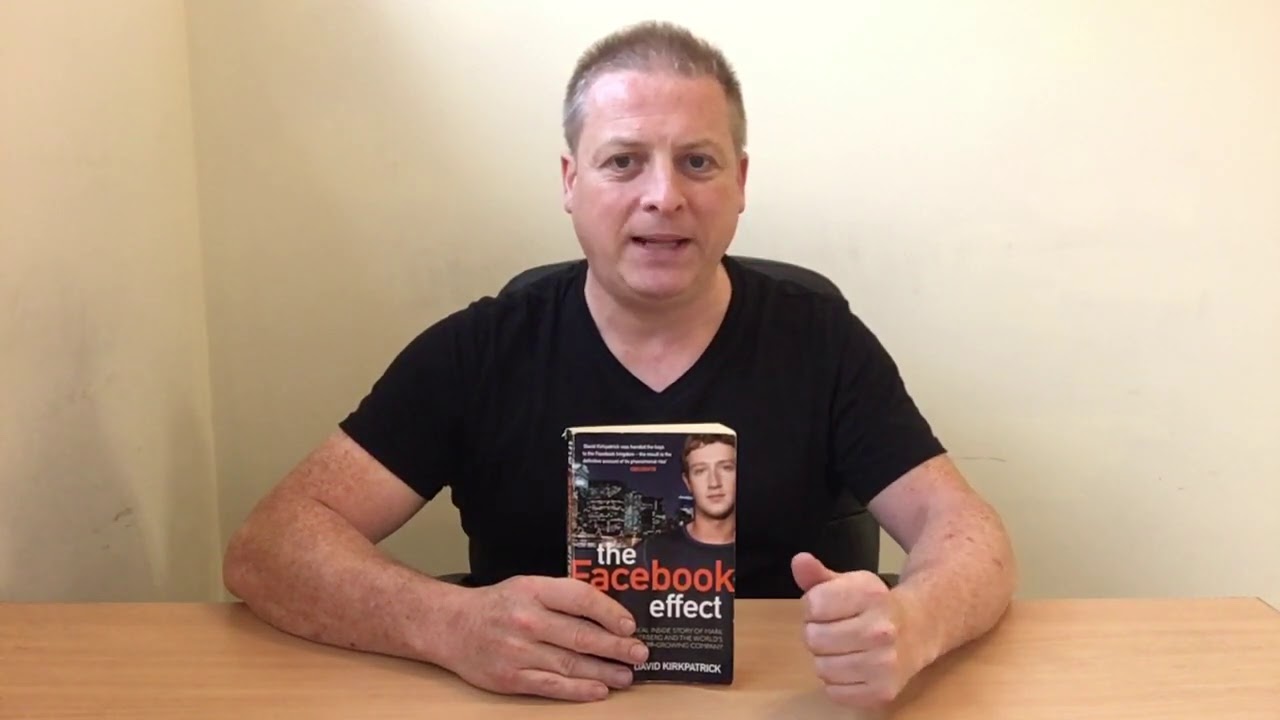 Since learning the movie (The Social Network) distorts the tale of Facebook’s origins, I’ve also wanted to learn the true story…

So, when I got my hands on a copy of leading technology journalist & author David Kirkpatrick’s book ‘The Facebook Effect’ I was well chuffed.

David was given full access by Mark Zuckerberg, even conducting many one on one interviews with Zuckerberg himself. And David is adamant transparency and honesty was paramount.

It’s a story about the first 6 years of Facebook’s life, starting out in 19-year-old Zuckerberg’s dorm, before becoming the world’s fastest growing company.

Going from zero to over 500 million global users in just 6 years!

Interestingly, Zuckerberg’s aim was never to create a company, he wanted to build something that made a really big change in the world.

It was never about revenue and profit. It was about Zuckerberg helping with the most important problem he could, and this was what Facebook was about.

It was about realising a vision to make Facebook the chosen social media platform globally, and have a positive effect on society through accountability, with the transparency of their users.

Zuckerberg is so strong is his beliefs he vows never to let go of the helm, so his vision can be realised. And turning down a massive $15 billion bid from Microsoft in 2008.

In the early days he had to borrow money from friends and family to buy more servers, to keep the service running & continually sold off small amounts of stock to keep them afloat.

Zuckerberg was so focused on his vision and on wanting to give users the simplest and best experience, he kept adverts to a minimum, which meant they never made a profit up to 2010.

2010 onwards was the time when Facebook took off globally, adding users at the staggering rate of 25 million every month, and profitability was on the horizon.

It’s a great read, full of amazing characters and stories, I’d implore anyone with an interest in business or social networks to give it a read

If you’ve got any questions about the book, connect & message me on LinkedIn or drop me an email to darren@mytotalofficesolutions.com

You can watch all our business book reviews at https://mytotalofficesolutions.co.uk/business-book-reviews/

…see you next week.

Zero to One Book Review

Uzumaki: Spiral Into Horror by Junji Ito Will Make You Never Look At Snails The Same Way Again